The recipe contained in this post was given to me by Walt Disney World Guest Services. The recipe in Kevin’s Heavenly Ham {Raglan Road Disney Springs} may have been scaled down by the Disney Chefs for the home chef. I make no changes to the recipes that Disney has given to me for The Recipes Of Disney.

Kevin’s Heavenly Ham was the signature dish at Ragland Road in Disney Springs. This sweet ham dish is a must-try if you want to try the Irish restaurant at Florida’s Disney Springs. 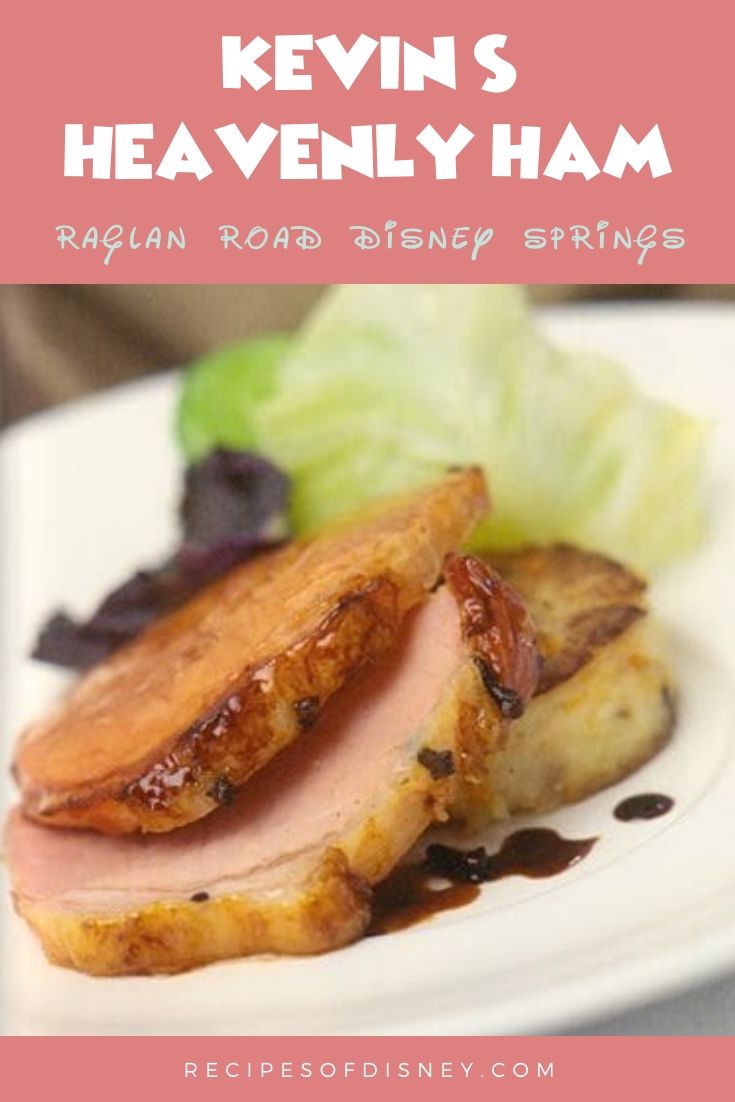 Disney Springs has quite a history with name changes. This Disney shopping district was previously known as Lake Buena Vista Shopping Village in 1975, Walt Disney World Village in 1977, Disney Village Marketplace in 1989, and Downtown Disney in 1997. In 2013 plans were announced for a three-year renovation and expansion of the complex, and on September 29, 2015, the name officially changed to Disney Springs.

To compete with the clubs in downtown Orlando, Disney announced the addition of Pleasure Island, featuring nightclubs showcasing Disney’s quality and creativity in 1986. Pleasure Island was opened on May 1, 1989, the same day as Disney’s Hollywood Studios theme park however the Downtown Disney name change did not occur until 1997.

Downtown Disney West Side, a 66 acres expansion, opened as a third shopping, dining, and entertainment area featuring venues such as La Nouba Cirque Du Soleil show, DisneyQuest, and Virgin Megastore. Major changes to the complex also included the conversion of Mickey’s Character Shop into the World of Disney, becoming the world’s largest Disney store, in addition to the expansion and upgrade of the AMC Pleasure Island Theatres, as well as the opening of Rainforest Cafe and Planet Hollywood.

Major renovations to Pleasure Island were made in March 2006 in an attempt to reverse declining attendance. These changes included the closing and dismantling of the West End Stage and the Hub Stage. Since there was no longer an entry fee, the free entertainment provided by these stages was attracting large groups of local teens which was considered undesirable.

The area formerly occupied by the West End Stage is the location of the new pedestrian bridge to Downtown Disney West Side and provides visitors a greater line-of-sight view from Pleasure Island to the West Side. The removal of the Hub Stage opened a small area to a view of the lagoon located behind Pleasure Island, including a dock. In late June 2006, a life-size Jessica Rabbit sign above the facility of “Pleasure Island Tonight!” was removed. On September 27, 2008, the Pleasure Island nightclubs closed.

Raglan Road was one of the popular restaurants in Downtown Disney and is still popular today in Disney Springs. This Irish restaurant is not what you would expect. You will not find green beer at Raglan Road. You will find great Irish mush, food and of course Irish dancing!

Kevin’s Heavenly Ham is one the show-stopping, signature dishes you can get at Disney’s Raglan Road. Oven Roasted Loin of Ham with an Irish Mist Glaze with Potato Cakes and Braised Cabbage. This ham truly is heavenly! However, as Disney loves to change up the menus, Kevin’s Heavenly Ham was removed in 2019.

CHECK OUT THESE OTHER RAGLAN ROAD RECIPES 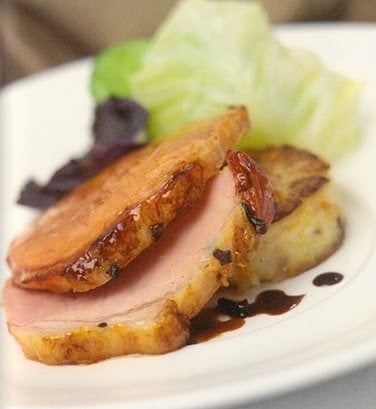 Kevin’s Heavenly Ham was the signature dish at Ragland Road in Disney Springs. This sweet ham dish is a must-try if you want to try the Irish restaurant at Florida's Disney Springs.

For the Potato Cakes:

Most bacon loin does not need to be soaked overnight but it's probably worth checking with your butcher. If the bacon is very salty there will be a white froth on top of the water when you boil it. In this case, it is preferable to discard this water. It may be necessary to change the water several times depending on how salty the bacon is.

Want to know more about Raglan Road? Check out these posts:

The recipe contained in this post was given to me by Walt Disney World Guest Services. The recipe in Kevin’s Heavenly Ham {Raglan Road Disney Springs} may have been scaled down by the Disney Chefs for the home chef. I make no changes to the recipes that Disney has given to me for The Recipes Of Disney.

Dining and Food news around Walt Disney World Resorts. Podcast brought to you from The Recipes Of Disney Food Blog https://recipesofdisney.com
Arts Festival Deconstruction and Masterpiece Kitchen
by Deanna

Arts Festival has started at Epcot. This episode let’s talk about the booths Deconstructed Kitchen and Masterpiece Kitchen! 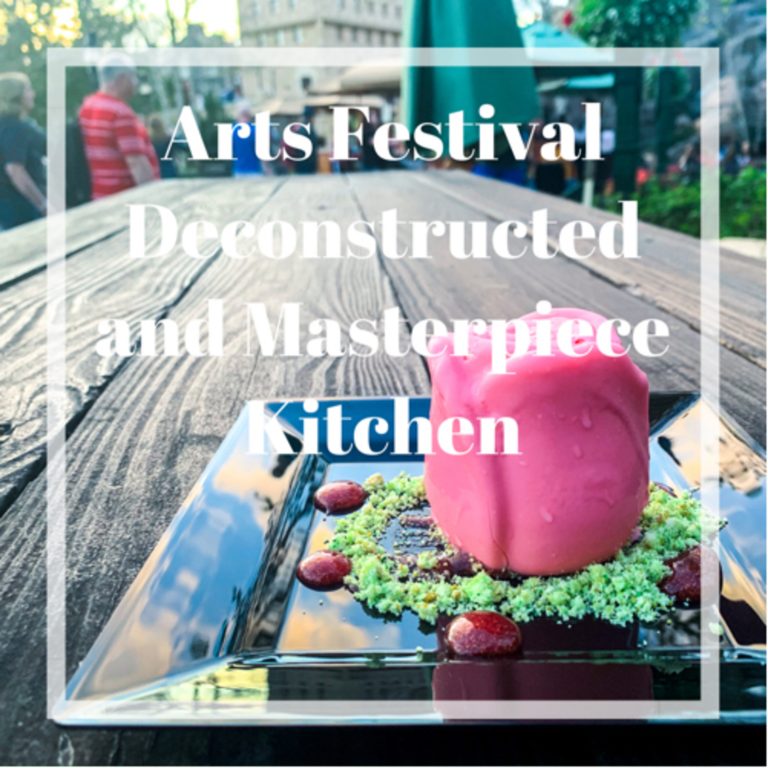