[intro]Imagine it is 2014 and it is Epcot’s Food and Wine Festival. What was the one must-have food item at Epcot? Nueske’s® Pepper Bacon Hash![/intro] 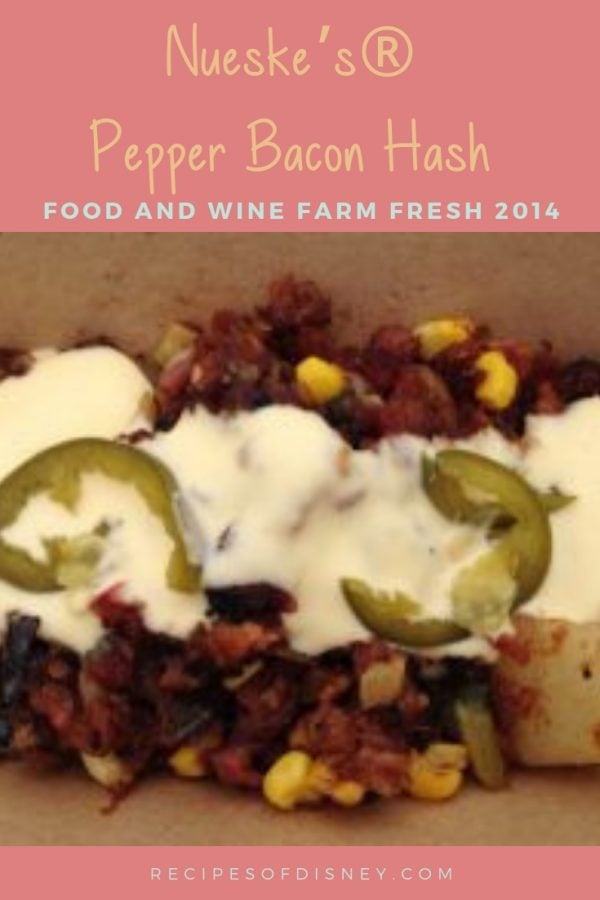 The Farm Fresh Booth at Epcot’s Food and Wine Festival debuted back in 2012. It was called Florida Local. In 2014 the Festival chefs wanted to expand the scope of the food and rebranded the booth as Farm Fresh! 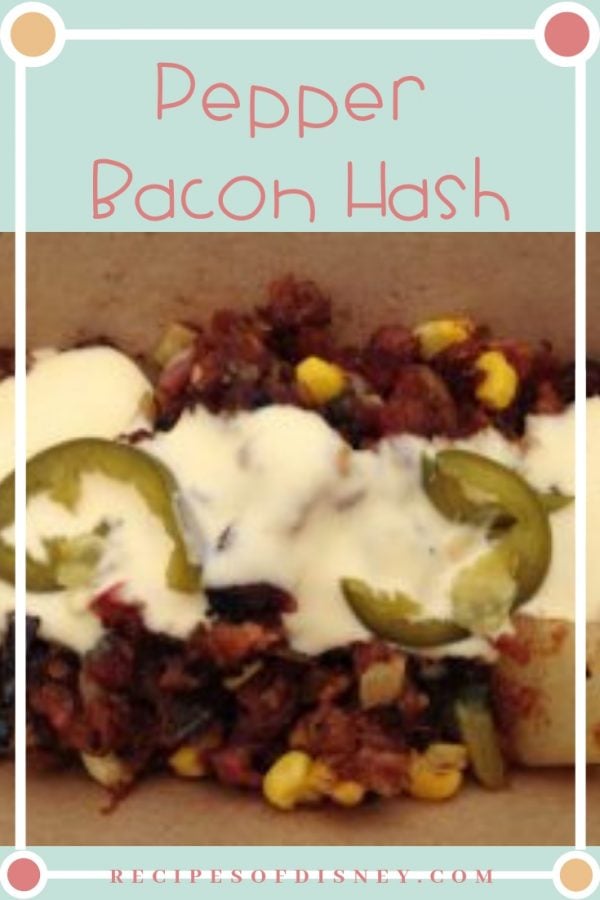 The star of Epcot’s Farm Fresh booth back in 2014 was Nueske’s® Pepper Bacon Hash! It had Nueske’s Bacon, plus sweet corn, potatoes, and pickled jalapeños! Plus the Hash was topped with creamy Hollandaise!

Talk about bacon heaven! This hash recipe was off the charts!

Check out these recipes from Epcot Festivals: 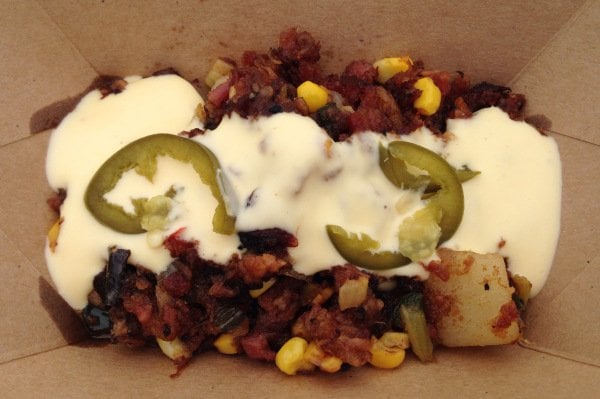 Looking for more info on the Food and Wine Festival? Check out these blog posts: