[intro]A simple French ham and cheese sandwich is the Croque Monsieur. In Epcot’s France Pavillion is where you will find this French food![/intro] 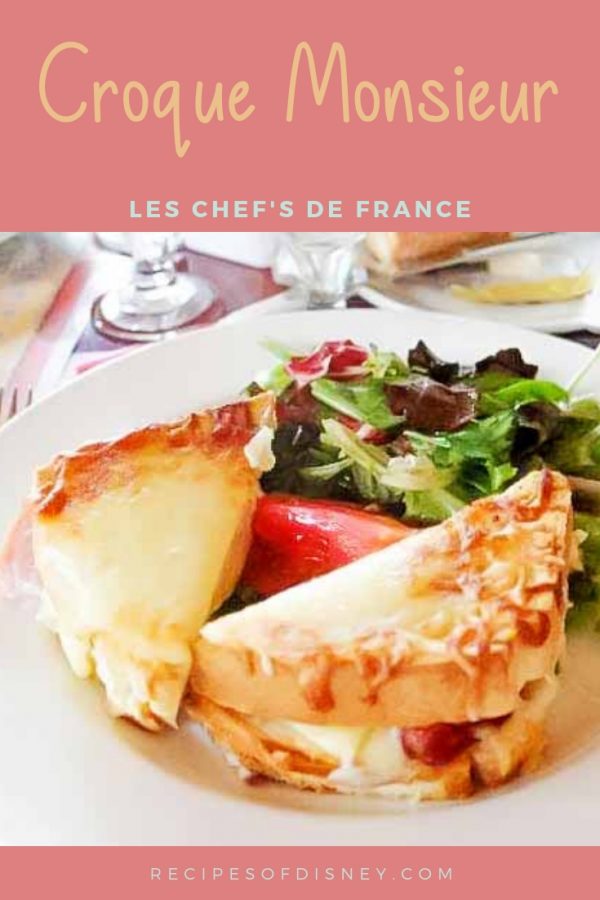 When entering Epcot’s World Showcase after England, there is a bridge. You cross the bridge into Epcot’s France Pavilion.

French music is heard as you enter the French territory. The romance of France is showcased in this World Showcase Country in Epcot.

Disney’s France Pavilion is themed to look like a Parisienne neighborhood with a pool and fountains and with a view of the Eiffel Tower in the distance. Most of the shops in this Disney attraction are actual shops selling French goods. 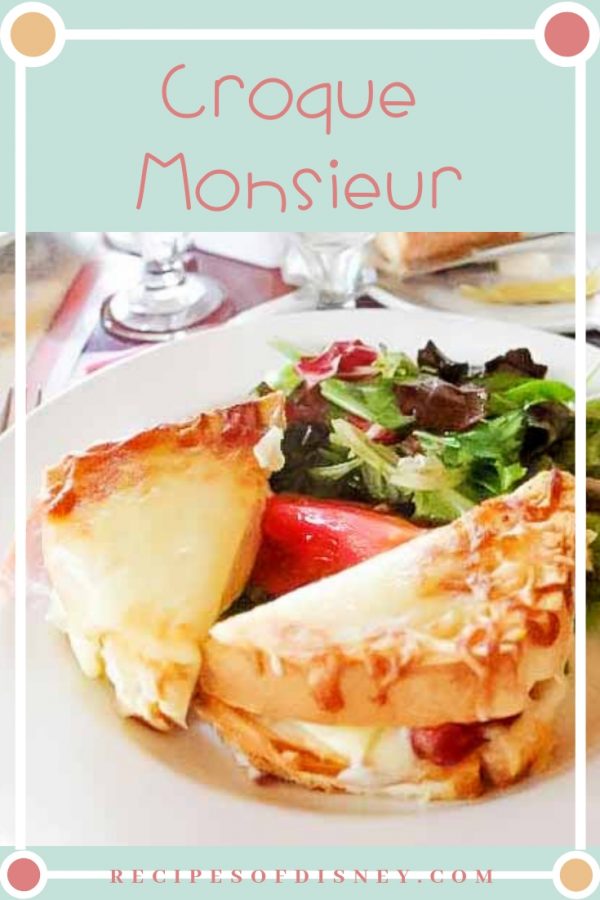 In 2009, Disney introduced its smallest animatronic ever, Remy from the Disney animated feature Ratatouille! Remy appears at Les Chef de France several times daily. The Disney character from Ratatouille is brought around by a handler to appear at diners’ tables. 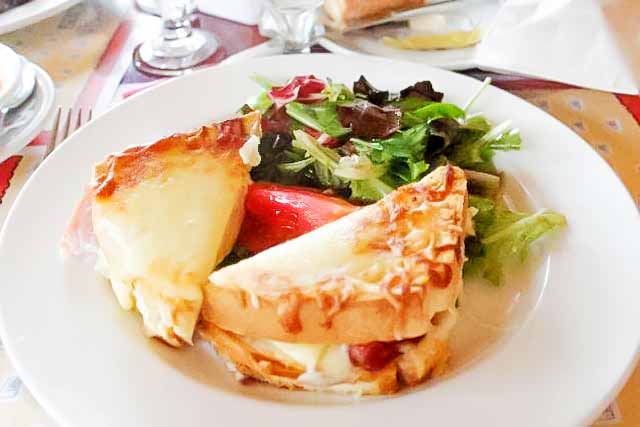 A croque monsieur is a baked or fried boiled ham and cheese sandwich. The dish originated in French cafés and bars as a quick snack.

The Croque Monsieur is a favorite in Epcot’s France Pavilion. It was served in the Les Chefs de France restaurant, however, it is no longer on the menu.

You can, however, find it in Les Halles Boulangerie and Patisserie. I was lucky to have had it in Chef de France dining establishment. The chef there provided me with this Epcot recipe!

Check out these Recipes from Epcot:

A simple French ham and cheese sandwich is the Croque Monsieur. In Epcot's France Pavillion is where you will find this French food! 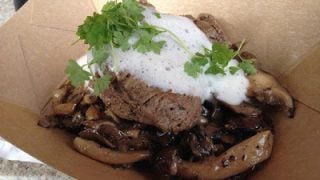 Wild Mushroom Beef Filet Mignon was part of the Canada Food booth in 2014's Epcot International Food and Wine Festival. This beef recipe was a favorite! 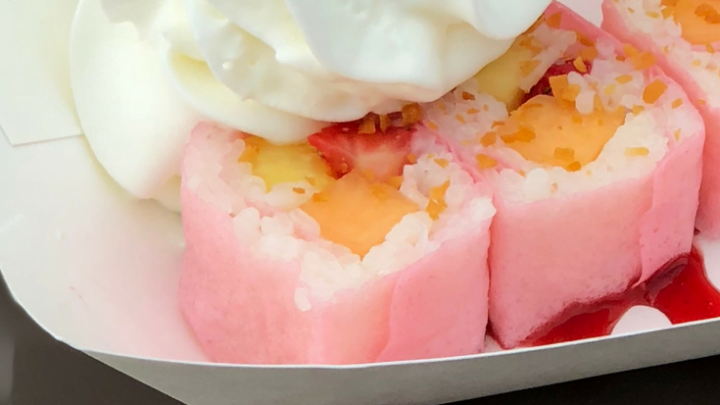 Frushi is served at the Walt Disney World Flower and Garden Festival at Epcot! This fruit inspired sushi is a popular dish to get!! 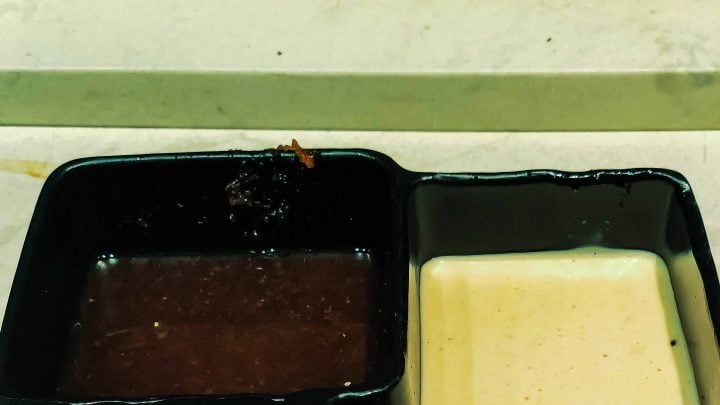 The Teppan edo is a hibachi restaurant is quite the show to see in Disney's Epcot. The ginger sauce they serve with your meal is a must try! 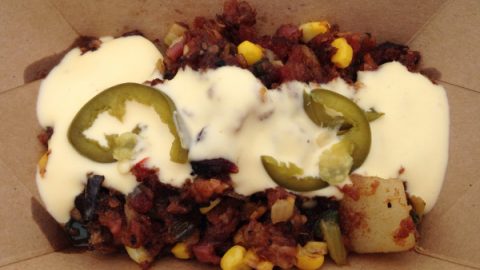 Looking for more info on the Epcot World Showcase? Check out these blog posts:

Disney is everyone's favourite like as mine.When i was a kid i used to watch Disney like anything.Love all the characters of Disney.NIce creation.

Dining and Food news around Walt Disney World Resorts. Podcast brought to you from The Recipes Of Disney Food Blog
https://recipesofdisney.com